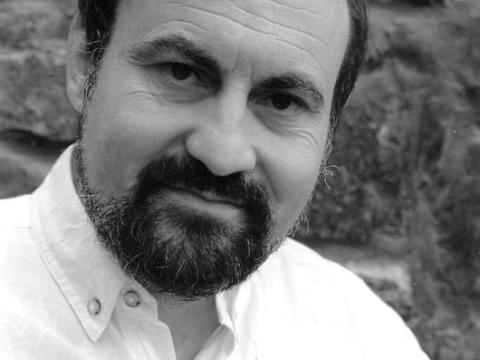 Goethe marked the controversy between believing and not believing as the main drama of our culture. However, today it's no longer a conflict between groups of believers and nonbelievers, but instead it plays out in the mind and heart of the individual. In current post-modern theology and philosophy, religion is developing in a new direction, where faith is considered a free choice showing one's courage to step out with faith into the void of secrets and paradoxes.

For many of us, Mons. Prof. PhDr. Tomáš Halík Th.D., dr.h.c. is introducing us to the unknown.

During the communist regime he was involved in both the religious and cultural dissent and was secretly ordained a priest. In 1989 Halík went on a lecture and study tour to all 6 continents and was a visiting professor at universities such as Oxford, Cambridge and Harvard. Pope John Paul II appointed him as advisor to the Pontifical Council for Dialogue with the Unbelievers and Benedict XVI the Honorary Papal Prelate.

Today he is a member of the European Academy of Sciences and Arts, he has received many prestigious international awards and is also a professor at the Faculty of Arts at Charles University. Furthermore, he also dedicates his time to writing, and his books have been translated into 19 languages. And last but not least, he is president of the Czech Christian Academy and parish priest of the Academic Parish and vice president of council for research in Values ​​and Philosophy in Washington.