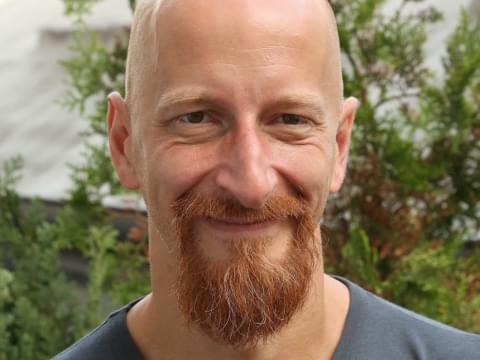 Peter Růžička has started moving 44 years ago and he did not stop ever since. Even though the sport was always a hobby, he spent most of his adult life in front of a computer screen at IT security business. When he became a close friend with an Israeli movement teacher Ido Portal, everything changed.

Now Petr is behind the project “Movement is life” and he teaches the universal movement skills based on the “Ido Portal Method” in Czechia. It is a bit of dance, a bit of acrobacy and gymnastics but also about strength and skills derived from martial arts. There is also a bit of yoga and circus school included. And they also do somersaults. Because their effect to the human body and mind is surprisingly almost magical.