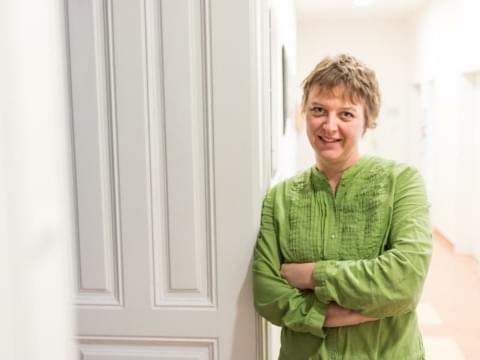 Irena Kašparová has never felt like an alternative person. She went to primary and secondary schools during the Communist Era and to university after the Velvet Revolution. Her dream had always been to explore unknown indigenous tribes of Amazonia. However, she lived in a Roma settlement in Slovakia for a year and then in Scotland for three years before seizing an awesome opportunity to establish a new field of study, Social Anthropology, at Masaryk University in Brno, which she is still chairing. Then she had children and so had to face a new dilemma of how to combine her professional goals with the family life. In the end she chose to home school her four children, of which she wrote a book TOGETHER. A Guide to Home-schooling in the Czech Republic (SPOLU. Průvodce domácím vzděláváním v ČR), published this year.

Irena deeply appreciates the value of freedom of choice: she believes we are not victims of circumstance but free to choose which paths to follow in life and what the paths will look like. However, she is well aware of the responsibilities coming from the freedom choice as well as the need to face the consequences our decisions have for ourselves and others as well. Home-schooling represents a family pattern completely different from the one most of us grew up in – not better or worse, just different. It is about different ways and opportunities and it transforms our values and expectations. In addition, it teaches us to have an open mind and cooperate both with our peers and cross-generationally. All this contributes to building a society based on mutuality and togetherness, since one does not live in isolation, with one’s successes and failures; on the contrary, one is there through interconnection with others.

“I love to listen to TEDx talks. They inspire me through the variety of people’s stories in which chance, hard work, belief and togetherness play an important role and emphasize the diversity of life. Moreover, the talks are living proof that there are lots of people out there who care for their lives as well as those of others, and who are willing to sacrifice their time and comfort to make the change.” - Irena Kašparová